Over the past year, U.S. tech companies have been at the center of attention on a national and global stage—at the receiving end of a dizzying array of political, economic, and social changes.

Whether it’s dealing with a growing number of regulations, or shoring up data privacy measures in response to heightened scrutiny, the industry now faces several critical questions.

How can tech companies…

In other words, how can tech companies scale sustainably without sacrificing their business goals and ambitions?


How the industry responds will dictate its fate in the years to come.

Here are 10 trends that will likely shape tech in 2019 and beyond. 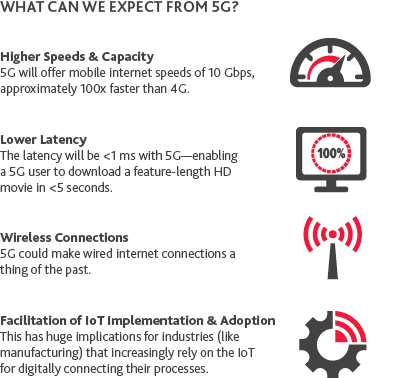 5G (fifth generation) wireless technology may have made its commercial debut this year—with Houston, Indianapolis, Los Angeles, and Sacramento being the world’s first cities to host live 5G networks for consumers—but 2019 will be the year it enters its prime time.

Besides offering higher downloading and processing speeds, 5G is
expected to significantly boost connectivity, productivity, the proliferation of Wi-Fi-enabled devices, and more. And while many telecoms are still working out the kinks, it’ll soon be the industry standard.

For more information, read our insight, “What to Expect from 5G, The Next Generation of Wireless Networks.” 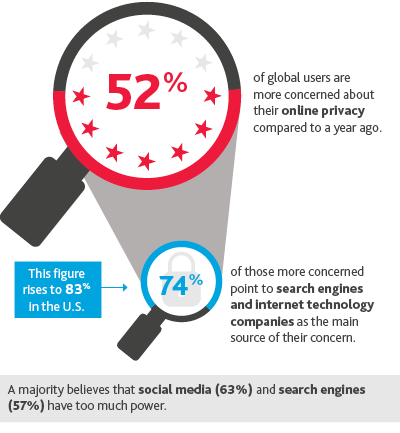 The European Union’s General Data Protection Regulation’s (GDPR) implementation deadline might have been in 2018, but it’s just the beginning of a new era of data privacy regulation and protection.

In January of this year, we predicted that the European Court of Justice would take action against a giant U.S.-based tech company for noncompliance with the GDPR—which will consequently trigger an avalanche of demand for services to help U.S. companies comply. Sure enough, the first major tech companies, Facebook and Google, have already been hit by several billion dollars’ worth of potential GDPR fines—and they won’t be the last. Data
privacy enforcement authorities will be especially keen to respond quickly to the first few data breaches to set a precedent.

And there will be more. Following talk of state regulations—such as California’s Consumer Privacy Act of 2018—we predict that a national U.S. law will soon come to fruition. Whether it’s written on tech companies’ terms, however, remains to be seen.

We mentioned that tech may no longer be America’s golden child in our 2018 predictions, and we’re seeing the results: Global and federal authorities are becoming increasingly involved in what were once deemed private company affairs.

While many of this year’s battles took place in Congressional testimonies and hearings, additional industry legislation—at home and abroad—is not far behind.

Blockchain has already taken the business world by storm, with the rise of several working industry groups aimed at assessing and promoting its applications last year.


While blockchain has already proven itself in one application (cryptocurrency), 2019 will see more of its uses unlocked across industries, as well as the continued growth of blockchain-as-a-service (BaaS) solutions. The environment is especially ripe for innovation now that data privacy protection, identity verification, and incorruptible recordkeeping are top of mind for tech executives. 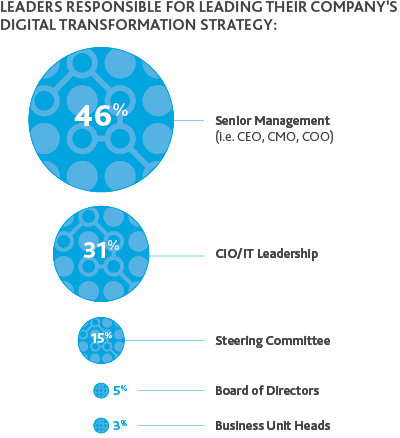 Tech companies must be prepared to interact with a variety of business leaders and to explain how their products and services will help solve critical business issues and pain points. Clearly articulating their technology’s value will become more important than ever, along with demonstrating proven ROI and business cases. 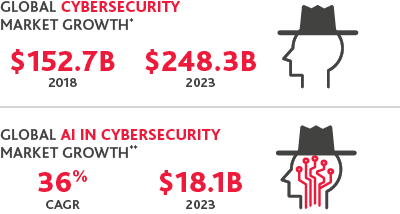 More than a fourth (28 percent) of tech CFOs predicted that cybersecurity will be the top driver of U.S. tech industry growth in 2018, according to BDO’s 2018 Technology Outlook Survey. 2019’s percentage will be even higher, as executives’ cyber concerns grow in light of new data privacy regulations and cyberattacks.

Artificial intelligence (AI) will become increasingly present in the world of cybersecurity—both in shoring up protection and, unfortunately, also perpetuating it. In other words, AI will be used on both sides of the cyber battlefield.

OPPORTUNITIES
AI-enabled cyber solutions, such as data deception technology, can help organizations defend themselves by automating attack detection and response, and even proactively tricking attackers.

CHALLENGES
AI can also aid cyberattackers by providing automated hacks that learn more about their target’s vulnerabilities over time. As each side becomes increasingly sophisticated, the pace of machine learning will indicate which one comes out on top.

Will robots take over our jobs? is perhaps the question of the decade.

While news headlines may make it seem like a dystopian future is inevitable—with robots running most of the show—the situation is much more complex in reality. It’s not fair to simply equate new technology—including continued advancements in automation, AI, and machine learning (ML)—with automatic job loss.

On one hand, robotic automation has already replaced many jobs—many of which involve repetitive, mundane tasks that don’t require a significant amount of problem-solving or interaction. On the other hand, AI and ML are also creating new economic opportunities for workers interested in learning the skills. And while the technology talent gap is real, many tech companies are working to bridge the chasm by offering training programs to current and future employees.

Google, for example, had just launched its “Learn with Google AI” website in February of this year. In April, Microsoft had introduced a free “Professional Program for Artificial Intelligence” on edX.org. LinkedIn followed in May with AI Academy, an internal program that teaches employees how to incorporate AI tools into their daily work, and many more have since emerged.

We expect this trend will continue in 2019 and beyond. Tech companies will take on increasingly bigger roles in helping upskill America’s workforce, staring first with their own employees, and then partnering with educational institutions, nonprofits, state and local governments, and other organizations to further close the talent divide.

China: the country that’s persistently on the forefront of U.S. tech companies’ minds.

Short-Term: Trade tensions between the U.S. and China may lead to fluctuations in U.S. tech stocks and delayed business deals.

Long-Term: There will be significant consequences on U.S. tech sector supply chains, the cost of U.S. goods, and overall global economy. While it’s impossible to predict when the current trade war will end—and whether the temporary truce President Trump and Chinese President Xi Jinping agreed on will last—it’s safe to say that U.S.-China tensions will continue to rise if each side proceeds to impose measures (and counter-measures) on the other.

Social Good Becomes (a Greater) Part of the Business Equation.

We predicted that 2018 would be a deeply reflective and transformative year as tech companies take on
a more expansive role of addressing and solving social issues—ranging from gender inequality to immigration reform.

This emphasis on social good and corporate social responsibility will strengthen in 2019, as tech companies become more accountable for the consequences of their technologies and leverage them to fight poverty, inequality, injustice, and other humanitarian issues.

A prime example: Google, Microsoft, and Amazon’s recent invention of the “Famine Action Mechanism,” a system that uses AI to forecast famine by monitoring environmental factors like natural disasters and droughts, agricultural data, and violent conflict.

As tech and philanthropy intersect, using technology for business andgood will become a dual goal.

PREDICTION #10
“Coopetition” Becomes a Must.

The spirit of competition has long dominated the relationship between tech companies, as incumbents and start-ups fight for market dominance and disruption.

And while this will never go away, a new trend of “coopetition”—in which business competitors collaborate in the hope of obtaining mutually beneficial results—has skyrocketed in popularity over past years.

U.S. tech companies have a rocky road ahead, as they face growing scrutiny from global and federal authorities, heightened competition from foreign powerhouses, and continued disruption.

Learning how to scale sustainably will be vital to surviving in an environment built on change.

We are optimistic that U.S. tech companies will rise to the challenge in 2019—and come out all the wiser for it.