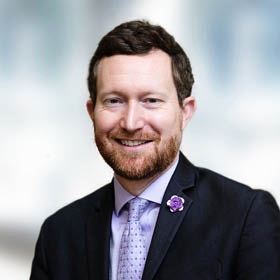 Seth W. Miller Gabriel is the co-lead of the firm’s Public-Private Partnerships (P3) team based in Washington, DC. For more than 17 years Seth has been a leader in the public-private partnership, innovative project delivery and project governance structuring field. He has advised public owners, private sector partners or been the public owner in nearly every jurisdiction active in the P3 space in the United States. Seth has also advised countless foreign governments and organizations in the creation of P3 government units.

Beyond serving as an advisor to private sector firms in every sector and governments at all levels, Seth has worked to professionalize the P3 field. He has co-authored works on the topic, has spoken at both domestic and international events, hosted countless foreign delegations with the State Department Visitation Program, and is currently teaching a graduate level course on P3s at the American University.