Section 901 allows a credit for, among other items, foreign levies that are considered income taxes paid to a foreign country. A foreign levy is a foreign income tax only if it meets the following criteria:

The 2021 final regulations introduce and incorporate the attribution requirement into the net gain test.[i] Under the attribution requirement, a foreign tax generally will not be creditable unless the foreign tax law requires sufficient nexus between the country and the taxpayer’s activities. The standard for whether sufficient nexus exists depends on the type of income the tax is being imposed on and whether the tax is being imposed by the local country on a resident or a nonresident, as summarized below.

The final regulations’ attribution requirement will likely result in additional U.S. tax for U.S. multinationals that operate in countries whose tax systems do not have nexus requirements that are sufficiently similar to the requirements imposed under U.S. tax laws. U.S. taxpayers that claim FTCs should reassess the creditability of their foreign taxes on a jurisdiction-by-jurisdiction basis. Some foreign taxes potentially impacted by the attribution requirement include:

Treaty benefits between the U.S. and the foreign jurisdiction may potentially mitigate the result of a foreign tax not being creditable under the final regulations in certain circumstances.

The following are two basic examples illustrating the potential effects of the sourcing-based rule for nonresidents as a result of the 2021 final regulations:

The 2021 final regulations pertaining to creditability under sections 901 and 903 apply to foreign income taxes paid or accrued in tax years beginning on or after December 28, 2021.

The 2021 final regulations provide guidance regarding the allocation and apportionment of foreign income taxes with respect to disregarded payments between taxable units of the same taxpayer. Taxable units, as defined, include foreign branches, foreign branch owners and non-branch taxable units (such as foreign disregarded entities that do not give rise to branches from a U.S. tax perspective). 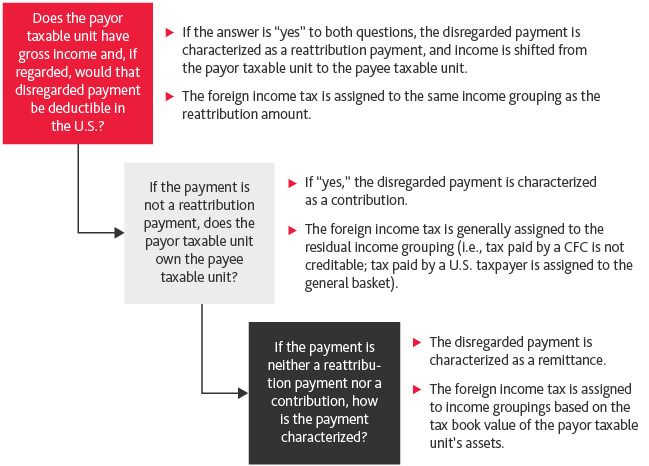 The following examples illustrate the mechanics of the 2021 final regulations regarding reattribution payments and remittances. 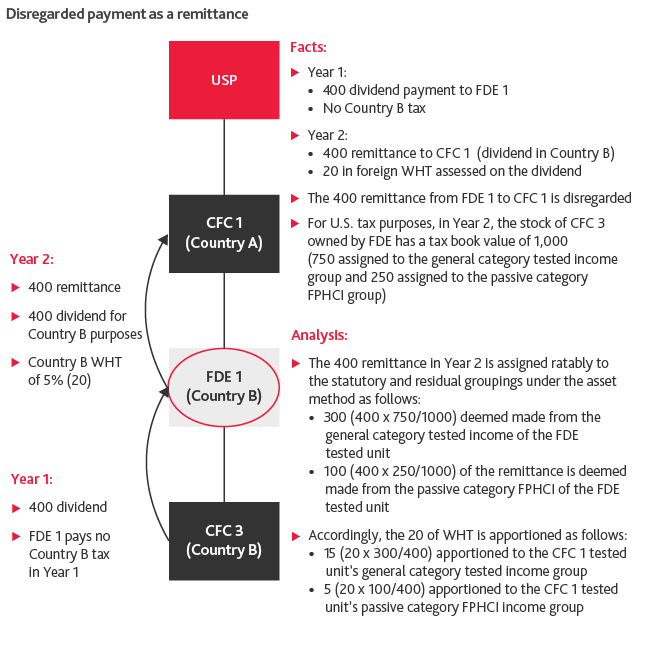 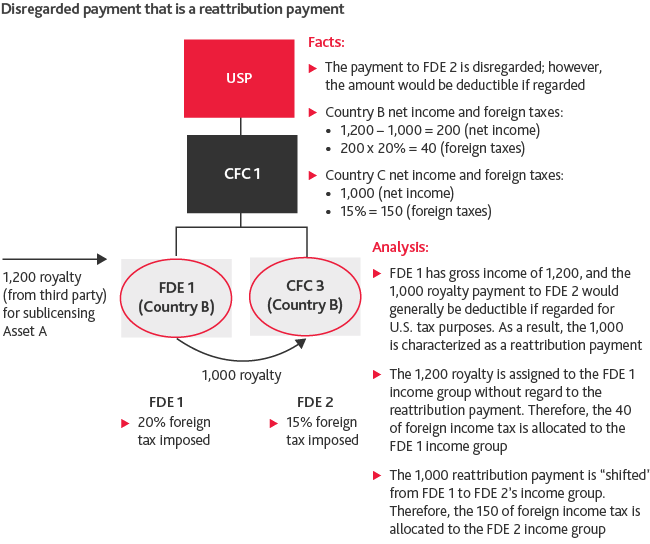 The 2021 final regulations pertaining to the allocation and apportionment of foreign income taxes apply retroactively to tax years that begin after December 31, 2019, and that end on or after November 2, 2020.

Taxpayers should take steps to identify their disregarded payments to determine the proper method of allocating and apportioning foreign income taxes for FTC limitation purposes. As these provisions of the final regulations are retroactively effective for tax years that begin after December 31, 2019, taxpayers should identify positions taken on previous tax returns to determine if they are consistent with the 2021 final regulations, or whether an amended return or potential controversy procedures should be considered.

How BDO Can Help