2018 Board Survey: Lessons for Tax Executives

2018 Board Survey: Lessons for Tax Executives

In the wake of once-in-a-lifetime tax reform—with monumental change at the federal and state levels— the strategic role of the corporate tax department has never been clearer. And, with the Supreme Court’s landmark decision in the South Dakota v. Wayfair case complicating business operations for many, change seems to be the new normal when it comes to tax. Major business decisions often hinge on the tax implications, while seemingly small changes in approach can come with significant tax consequences. As global and domestic tax dynamics continue to shift and grow in complexity, tax executives will be called upon to serve as strategic advisors not only to management but to the board more than ever before.

Based on the opinions and insights of 140 corporate directors on public company boards from the 2018 BDO Board Survey, here are our top three takeaways tax executives should keep in mind.

1. For board directors to work effectively, understanding tax changes is essential.

Communicating complex tax issues to non-technical business colleagues isn’t easy. For professionals who are not immersed in it daily, tax talk can feel like a foreign language. The board—typically a bit removed from the tax department’s day-to-day operations—is no exception: Less than half (44 percent) of public company directors report a “strong” level of understanding of their organization’s total tax liability and its impact on corporate tax strategy, according to our survey. A slight majority (51 percent) say they have a “moderate” understanding, and just 5 percent acknowledge a “minimal” level of understanding.

For the 44 percent who claim to have a strong level of understanding, perception may be different from reality. Nine months after the bill known as the Tax Cuts and Jobs Act (TCJA) of 2017 went into effect, many tax professionals are still analyzing the impact of federal tax reform on their business. In fact, of the 100-plus in-house tax professionals who took BDO’s Tax Reform Assessment, 66 percent cited understanding the impact of the TCJA on their business as their greatest challenge.

To add to the complexity, whatever federal reform analysis was completed could have been impacted by the Supreme Court’s decision in South Dakota v. Wayfair—the most significant state tax decision in 50 years. Uncertainty is the name of the game and will be for some time to come as many states make moves to enact sales and use tax economic nexus legislation. And do not forget about accounting for the impact of tariffs—those imposed by the U.S. on foreign goods, as well as retaliatory tariffs.

Call us cautious, but we think directors will benefit from deepening their understanding of the material tax implications of business decisions. Ultimately, the onus is on the tax executive to help the board understand where they have knowledge gaps. 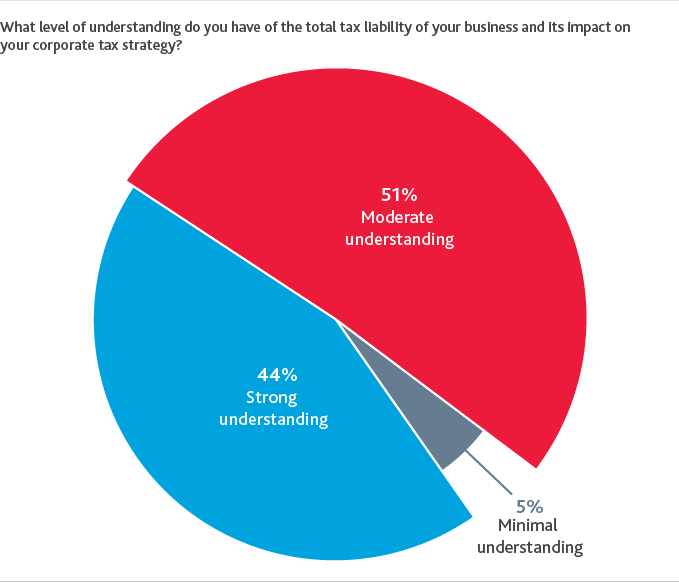 2. Something got lost in translation.

While there are some exceptions, the impact of the TCJA was largely favorable to the business world. And yet, more than a third (39 percent) of public company board directors say the tax law changes had no impact at all on their business. That is in contrast to the optimism shown last year, when an overwhelming majority (94 percent) of public company board members anticipated federal tax reform would have a favorable effect.

One possible explanation for this disparity is that boards have not been adequately briefed on tax reform’s operational and strategic impacts, which would suggest tax executives have their work cut out for them as they continue to evolve in their role as strategic advisors. To more effectively communicate the critical tax issues to the board, there are three main questions they must be prepared to answer: 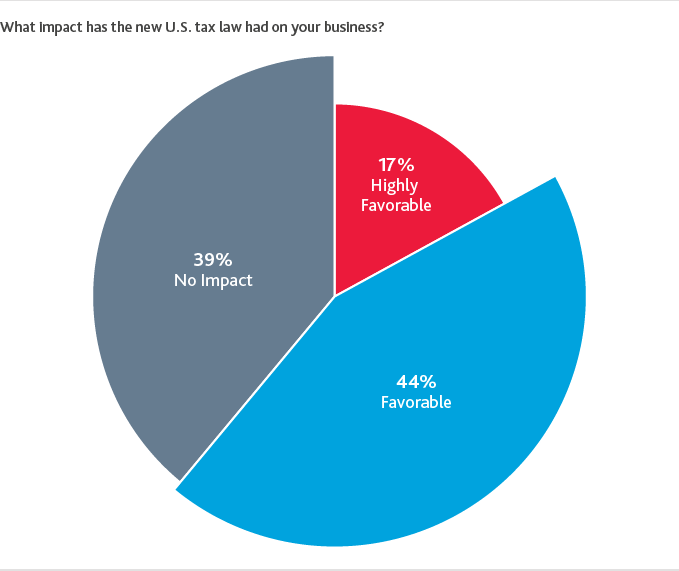 3. For all the tax talk, there is not much action.

There is a second possible explanation for the portion of respondents who saw no impact from tax reform: Lingering uncertainty has created decision paralysis, so some businesses have yet to see the tax cut benefits. When asked what actions their business has taken because of the new U.S. tax law, a startling 64 percent of public company board directors report taking no actions to date.

A do-nothing response is not a viable short-term or long-term strategy. Tax executives must help the board prepare for the new normal: Tax changes are happening at the international, federal and state levels at a much more frequent cadence than ever before. Being nimble is key. If you put business decisions on hold until there is perfect clarity, you could miss out on strategic planning opportunities.

Need help understanding what tax reform means for your business or industry? Use our Tax Reform Decoder to learn what you should be doing and uncover key planning opportunities.