By Dan Harris and Demetrios Frangiskatos

In some circles, blockchain has been heralded as the foundation of Web 3.0, and as a result, companies are experimenting with its applications in a variety of industries. In fact, worldwide expenditure on blockchain technology is forecasted to reach $12.4 billion by 2022, according to the International Data Corporation.

Though they are often used interchangeably in common parlance, blockchain and digital ledger technology (DLT) are not synonymous. Blockchain is just one form of DLT, just like Ethereum is one of many blockchain platforms. Blockchain is distinguished from other types of DLT by the way data is organized. Information is stored in a succession of timestamped “blocks” made up of a predetermined number of tracked data points (such as transactions, coordinates or temperatures). Each block is linked together chronologically using a cryptographic signature called a “hash” to form a secure chain of records, which continues to grow as new blocks are verified by the network.

Blockchain purists will tell you that for DLT to qualify as a blockchain, its governance—not just its technological underpinnings—must be totally decentralized and egalitarian, meaning there is no network “owner” who can dictate the structure and rules. If you take that view, any distributed ledger run or maintained by an enterprise wouldn’t qualify as a blockchain. For the purposes of this article, the term blockchain will be inclusive of enterprise-run platforms and applications. 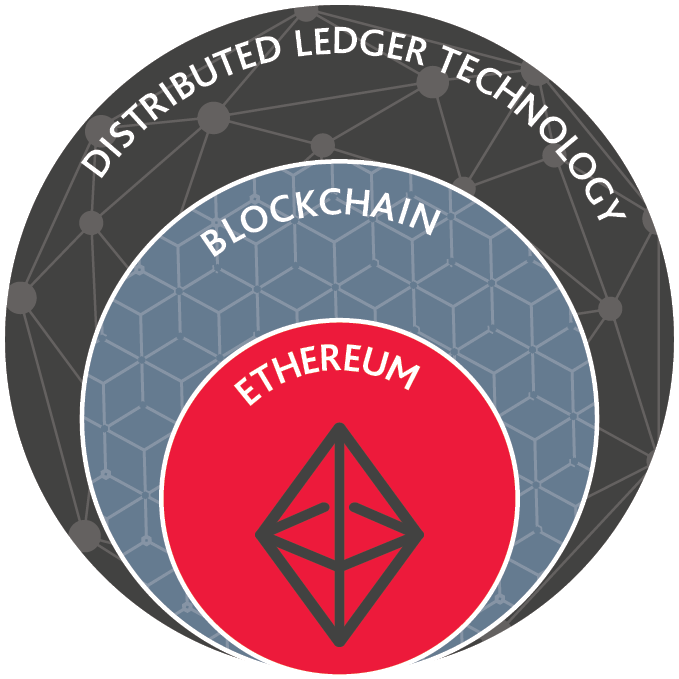 The advertising industry is no exception. While at this stage, its potential as a massive disruptor to the advertising agency is unclear, ask just about any group of executives, creatives or technical staff about the future of the industry, and the conversation is likely to gravitate toward blockchain technology. Here is a framework for thinking about the impact of blockchain technology on the digital media industry:

One argument for blockchain’s ability to “save” digital advertising is that it can efficiently connect advertisers and publishers with their desired target audiences while simultaneously lowering costs. The rapidly growing number of start-ups in the space is a testament to blockchain’s potential in this area. Blockchain start-ups are:

Both companies and advertising agencies are adopting blockchain-based systems. For example:

Why blockchain isn’t ready – yet

With so many available solutions and obvious upsides, it appears that blockchain is on the fast track to be the foundation of future digital media platforms. In reality, blockchain adoption remains relatively low in the industry, as many agencies and advertisers—including those mentioned above—are doing the equivalent of dipping a toe in the water.

One reason is that the technology is still far from prepared to manage the vast amount of data that digital media generates. For example, Ethereum, one of the most popular blockchain platforms, can process relatively few transactions per second. Digital media involves millions of media impressions and related transactions every second, so the technology cannot currently keep up. Additionally, while there are many different platforms and start-ups in the space, they don’t have a foothold on big advertising platforms.

Blockchain adoption in the media industry is inevitable – one day

While the advertising industry overall is taking a measured approach to blockchain adoption, its potential can be seen based on recent announcements from big tech. For example, Google is building search tools for blockchain while Facebook is readying a launch of its own cryptocurrency. Furthermore, Facebook’s enhanced data privacy strategy could lay the foundation for the company to pursue blockchain-based advertising solutions.

The benefits of blockchain are obvious: There is $19 billion worth of revenue just waiting to be saved by the companies who find ways to eliminate online ad fraud. Blockchain also holds great promise when it comes to one of the hottest ongoing debates in the media and advertising industries: how to increase transparency and increase trust among consumers, clients and the general population.

Blockchain technology is evolving at an incredible pace. The fact that blockchain could streamline both the interactions between advertisers and potential customers as well as payments means that it’s definitely worth the time and capital investment to explore its applications in the advertising industry.

Download the 2023 BDO Technology CFO Outlook Survey to find out how tech CFOs are adapting to build resilience and capture new opportunities — and see our analysis of what that means for your business.

In 2023, the technology industry must be prepared for a shifting M&A environment with dealmaking likely to play a small role in driving growth.