Retailers that filed for bankruptcy in the 1st half of 2022 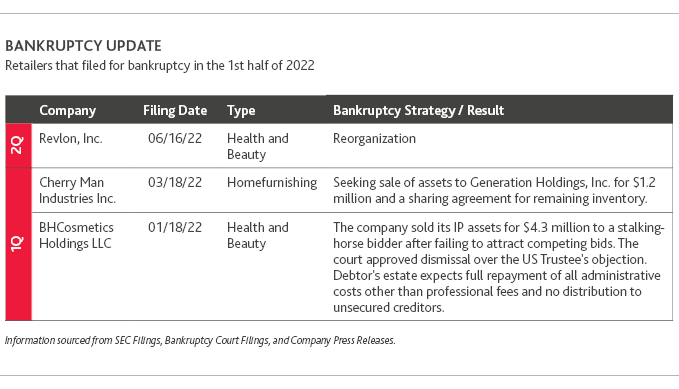 In each year from 2017 to 2020, store closures exceeded store openings. Retailers took on more debt in the latter part of this timeframe, and 2019 saw an uptick in store closures. This trend only intensified in 2020 when the COVID-19 pandemic hit, thrusting the most distressed retailers into bankruptcy. Not only did bankrupt retailers close their doors, but non-bankrupt retailers also sought to right-size their footprint in light of economic uncertainty. Then, in 2021, there were less than 5,000 store closings and store openings exceeded closings for the first time since 2016.

As of early August 2022, U.S. retailers have announced 4,432 store openings, and 1,954 store closings, resulting in a net of 2,478 openings, the largest number of openings in the past five years, according to Coresight Research.

2022 store openings are concentrated in the discount, dollar and off-price retail segments, including brands like Five Below, Family Dollar, Dollar General, TJX, Burlington, and Ross Stores. Discount stores offer better value — a priority for consumers in periods of high inflation. Automotive parts retailers, such as O’Reilly and Advanced Auto Parts, also saw many openings. As the price of cars increased sharply in
2021, and supply chain issues limited the availability of new vehicles, many consumers opted to repair their vehicles rather than purchase a new one.

Digitally native retailers also opened many stores, as they sought new physical space. According to CBRE, the availability of retail space hit a 10-year low in the second quarter, likely due to less new construction. Store closings were concentrated in footwear and apparel and are primarily related to ongoing rightsizing within the industry, but the numbers aren’t extensive.

Now that government aid packages have ended and retailers face new economic challenges, some are struggling. There are mixed perspectives on whether America is headed toward, already in, or positioned to avoid a recession. Consider the following positive and negative economic indicators: 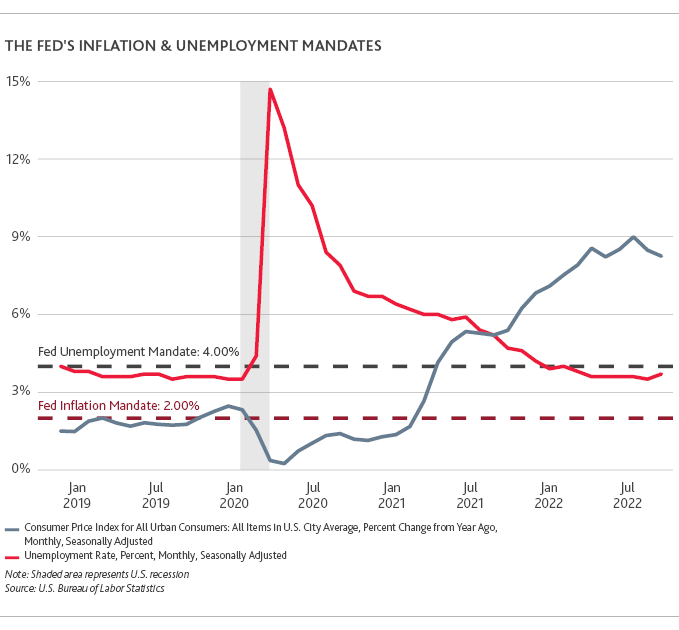 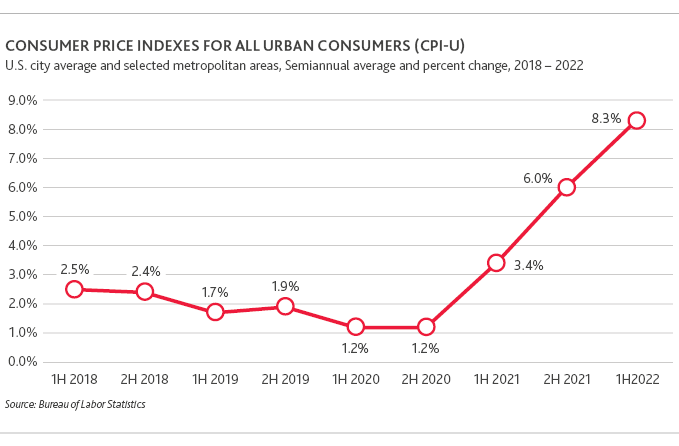 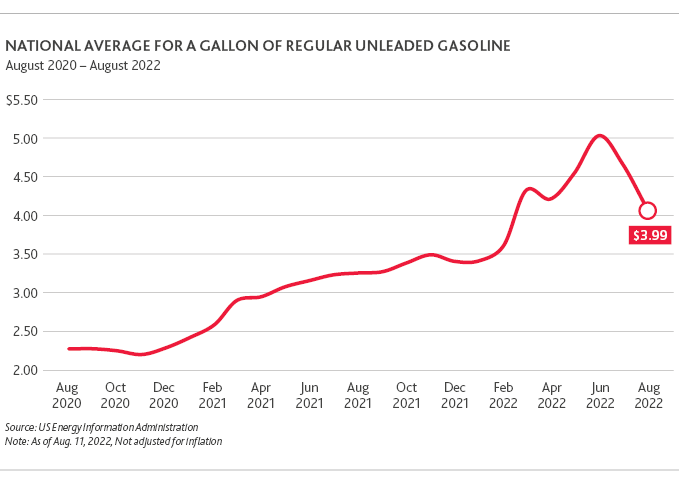 Despite the mixed economic indicators discussed, there are other measures that could indicate the U.S. is potentially heading toward a recession, including rising household debt, historically low consumer sentiment and rising retail inventory levels.

A major reason that the retail industry performed well in the first half of 2022 is that consumers were willing to spend beyond their means. U.S. household debt increased to a record $16.15 trillion in the second quarter, according to the NY Fed. Credit card debt has increased $100 billion — or 13% — over the past year, the largest year-over-year increase in more than 20 years5.

Meanwhile, the personal saving rate fell to 5.1% in June, the lowest since August 20096. With savings dwindling and credit card payments increasing, it is likely that consumers will have to curtail discretionary spending later this year to make their debt payments.

The University of Michigan Consumer Sentiment Index reflects how consumers feel about their finances and the state of the economy. In June, the index fell to 50.0, its lowest recorded reading dating back to 1952. While it improved up to 55.1 in August, this is still very low by historical standards. Additionally, consumer spending and sentiment usually have a positive correlation, but these metrics have been inversely correlated since 2021. We expect the drop in consumer sentiment indicates a drop in consumer spending is on the horizon. 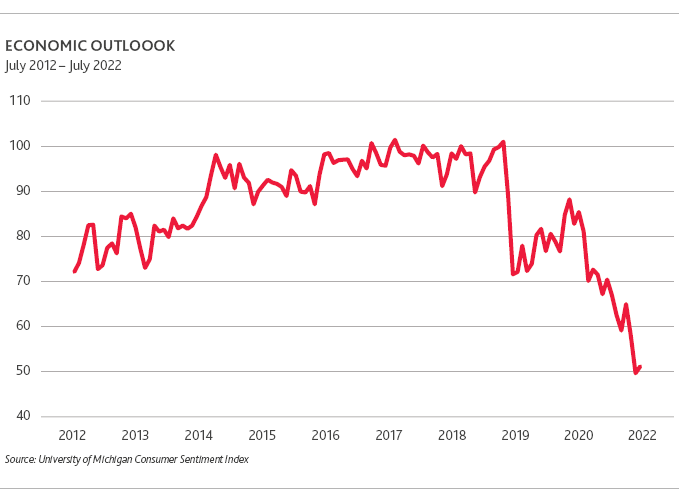 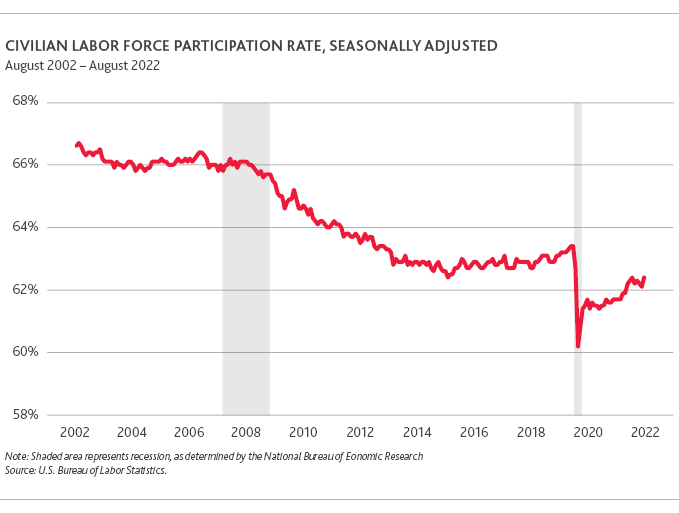 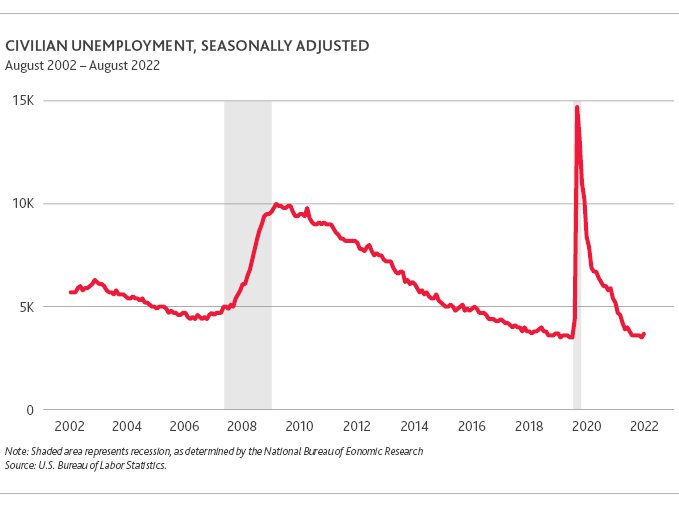 Retail Industry Outlook for the Remainder of 2022

Regardless of whether a recession materializes, we expect to see a seasonally-adjusted reduction in consumer discretionary spending this fall and winter, which will likely hurt retail profitability. Many retailers have already lowered their forecasts for the 2nd half of the year in anticipation of sluggish sales and reduced profits. Rising interest rates will pose a problem for retailers with high levels of debt or for those looking to borrow additional funds.

With these factors in mind, we predict the second half of 2022 will see more retail bankruptcies. Store openings will continue to exceed store closings, but the net number of store openings will not be as great as we’ve seen in the first half of the year. Discount retailers, which are performing relatively well in this economy, will continue to open stores, even as other retailers may begin to struggle. Therefore, we expect 2022 to end with significantly more store openings than closings for the year.

The months ahead will be challenging and uncertain. As retailers navigate the latter half of the year and plan for 2023 amid current economic conditions, we recommend they: