How Will More Environmental Regulations Affect the Shipping Industry?

How Will More Environmental Regulations Affect the Shipping Industry?

Public concern about global warming and the air we breathe means shippers will potentially find themselves operating under increasingly tight rules and thinner margins in the coming years. Like most industries that depend heavily on fossil fuels, shipping is likely to find itself in a complicated position between competing requirements.

Consider the implications of the requirement of the International Maritime Organization (“IMO”), the United Nations’ shipping regulatory agency, that by 2020, shippers reduce their sulfur oxide (SOX). This can be done by:

To an extent, some of these fuel cost increases can be countered on a per-unit of weight basis by using larger vessels (Figures 1.3). However, limiting sulfur emissions hinders a different problem: ironically, reducing SOX emissions will increase global warming. SOX is a principal element of acid rain, but SOX also cools the atmosphere. Scientists estimate that global shipping reduced the impact of global warming by 7% in 2000, and success meeting their 2020 SOX reduction targets will mean the planet loses four-fifths of that benefit.

The shipping industry produced about 1 billion tons of the world’s 40 billion tons of carbon dioxide (“CO2”) in 2014, roughly 2.5%. By cutting SOX emissions (which reduced global warming), shipping would potentially need to cut even more GHG emissions than most other industries in order to comply with the Paris Climate Accord. Unfortunately, shipping has limited opportunities to reduce GHG emissions:

None of these options promises immediate cost savings. On the contrary, many of these solutions have high upfront costs and long recovery periods, and will reduce shippers’ margins (with the exception of filling shipping containers more efficiently). The Flettner rotor sail manufactured by Norsepoer, for example, costs between $1.1M and $2.3M, with a five-year payback period. (However, in this case, costs may fall; Norsepower executives reportedly hope to cut payback to three years by opening a rotor factory with lower labor costs in China)[5].

The pay-back period is particularly important today because most owners operate aging fleets. The typical economic useful life for ships is 20 to 30 years, but the average age of the existing fleet today 20+ years[6]. Reduced profitability due to higher fuel costs could make it even harder for most shippers to take on the debt needed to finance their efficiency investments.

For example, the breakeven point for Flettner rotor sails is currently five years of operation. Six years of operation would result in a return on assets of 6% and 10 years would raise the return to around 15%. The six- to 10-year return is roughly on par with the returns of large shippers. Owners of fleets in their mid-20s, however, may find themselves in a difficult position, unable to justify an investment that would be profitable on a newer ship. Further complicating matters is the fact that the typical ship charter now has a duration of less than three years[7], leaving owners with a potentially dangerous mismatch between the duration of customer contracts and liabilities.

Bigger will be better
If this new operating environment evolves the way we think it will, staying profitable will be progressively more challenging for most smaller and even midsize shippers. Regulation will raise costs, principally through more expensive fuel prices, and just when shippers can least afford to make new investments, the case for larger vessels and other kinds of efficiency improvements will keep getting stronger. As a result, companies with the highest level of profitability will be best able to make the right investments and assuage lender concerns. In other words, today’s biggest and best shipping companies are those most likely to make it through the coming years of de-carbonization. 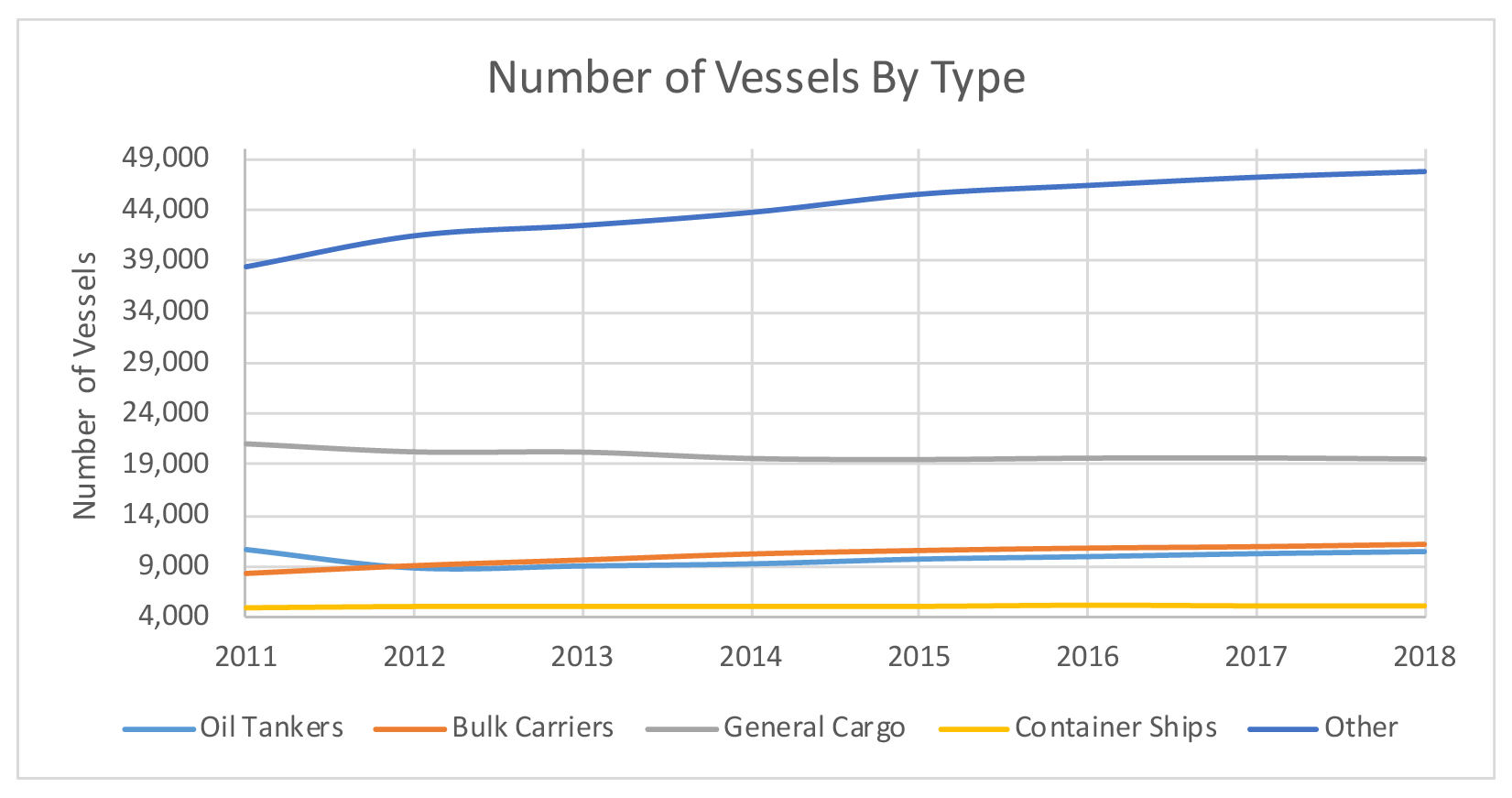 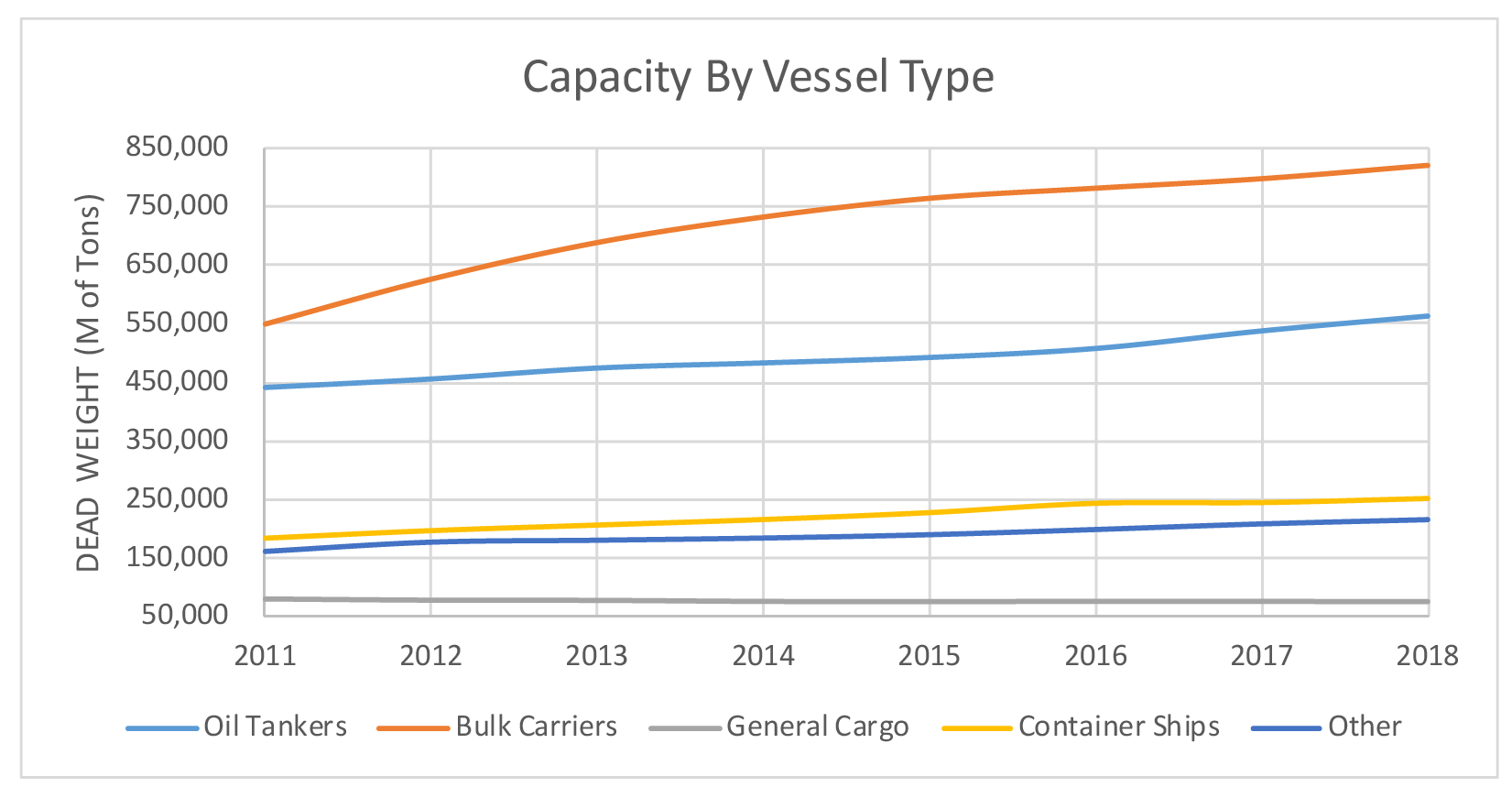