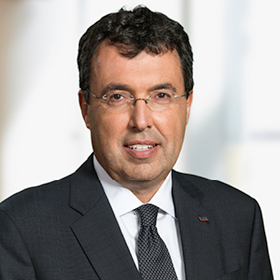 Wayne Berson is the CEO of BDO USA, LLP. He previously served as the Atlantic Assurance Regional Managing Partner and from 2010 through 2012 as Chairman of the BDO USA Board of Directors. Wayne has also been the Chair of the Global Board of Directors of BDO International, Ltd. since 2014. He has more than 30 years of experience in all phases of client service and accounting practices. He has served as the responsible partner in a variety of industries, including many which are deeply involved in multinational operations. In addition to North America, he has directed engagements in Central America, Asia, Europe, and Africa. Wayne has lectured on accounting and management topics for various organizations, including the American Institute of Certified Public Accountants, American Society of Association Executives, Greater Washington Society of Certified Public Accountants, and others.

Wayne has been interviewed in national accounting publications such as Accounting Today, Journal of Accountancy, Practical Accountant, The Wall Street Journal, various state society magazines and the Washington Business Journal, which in 2012 and 2013 named him as one of the Washington D.C. region’s 100 most powerful business leaders. From 2013 through 2021 he has been included in Accounting Today’s list of the top 100 most influential people and in 2017 named as one of Accounting Today’s managing partner elite. In 2015, 2016, 2017 and 2019 he was named to the NACD Directorship 100, and in 2016 he was presented with the year’s GWSCPA Outstanding Service to the Profession Award.

From the Office of the CEO