A nonprofit’s capacity to serve their constituents and maintain their programming is dependent on a sustained revenue stream, and most organizations surveyed this year appear to be healthy. Almost two-thirds of nonprofits (63 percent) experienced revenue increases in the last fiscal year. Thirty percent saw a substantial increase and 33 percent say revenue increased somewhat. Revenues stayed static for about one-quarter (23 percent), and just 13 percent reported a decrease.

Nonprofits rely on a myriad of different funding sources to power their programs and advance their missions. How much of their funding is reliant on each source? Fees for service and investment income comprise the largest portion of nonprofits’ overall funding mix, accounting for an average of 25.8 percent and 24.8 percent of nonprofits’ funding sources, respectively. Individual contributions is the third largest funding source, averaging 13.9 percent of nonprofits’ funding. Government and foundation grants accounted for an average of 9 percent and 7.6 percent, respectively.

While not the top funding source, individual contributions still make up a critical piece of nonprofits’ funding. Many nonprofits fear changes in the new tax law, including the increase in the standard deduction, may lead to a reduction in giving. The Tax Policy Center estimates that charitable giving could decline by 5 percent in 2018. At the end of this fiscal year, the funding mix could shift if this forecast proves true.

Among different revenue groups, midrange organizations rely heavily on investments. Organizations with annual revenues below $25 million receive an average of 51.1 percent of their overall funding from investments—by far the leading funding source for that revenue segment.

Why are investments such a large funding source for midrange nonprofits? As is the case for private foundations that rely heavily on investment income, midrange organizations likely have less annual funding than the larger groups, so investments may make up a greater proportion of that funding. A higher percentage of investment income used for funding may not be indicative of better yields or management of investments. 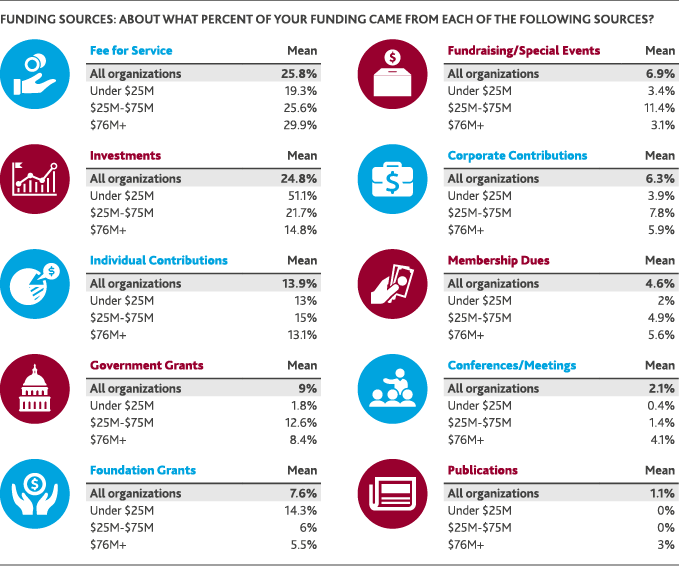 For more than a quarter of nonprofits (29 percent), investment income funds 15 percent or more of the organization’s operating budget. When it comes to allocating those investments, 87 percent of organizations have an investment policy. 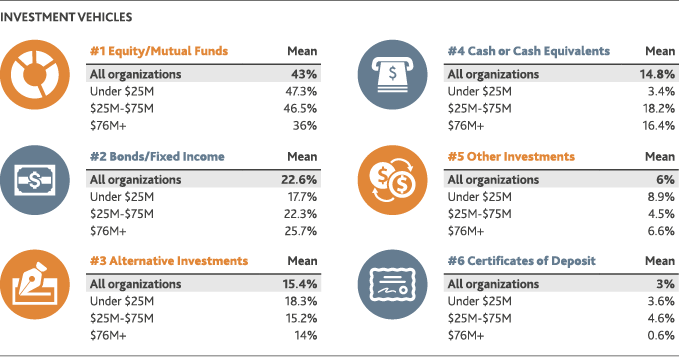 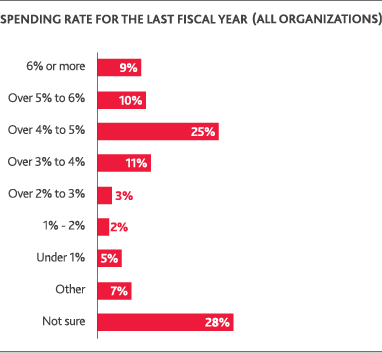