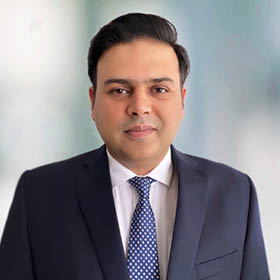 Previously, Umer worked at Project Finance Advisory Limited (PFAL) where he advised public and private sector P3 clients across North America. Prior to PFAL, he was head of the P3 Advisory and Origination team of Islamic Development Bank where he advised and financed more than $15 billion in infrastructure projects across Europe, LATAM and the  Middle East. Umer was previously a Co-Founder, Partner and Regional Head at Bridge Factor, and launched a boutique investment bank with a primary focus on P3s.

Various deals led by Umer have been recognized and awarded by the industry. He has been a speaker at various international conferences and promotes private sector involvement in the public infrastructure space.